Transfer to Hol-Chan Reserve from San Pedro Ambergris Caye
We are a locally owned tour company that emphisizes on an eco friendly approach to our beautiful barrier reef. We give travelers from all of the world access to some of the best snorkel stops within the Hol-Chan reserve and diverse ourselves with early departure time, San Pedro Ambergris Caye lunch stop, and complimentary photos of your adventure. 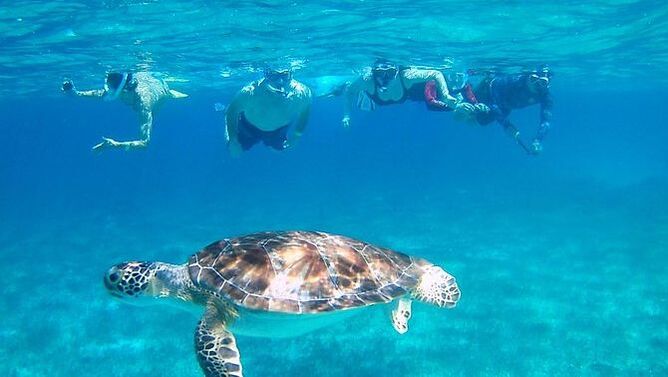 Lamanai Mayan Ruins Tour from Ambergris Caye
Take a break from the beaches of Ambergris Caye and venture into the realm of the ancient Mayan civilization at the mystical Lamanai ruins. After reaching one of Belize’s best archaeological sites by boat, scramble up stone temples, ogle artifacts in a museum, and learn about Mayan history from a guide. Door-to-door transport from your island hotel is arranged with this all-inclusive package. 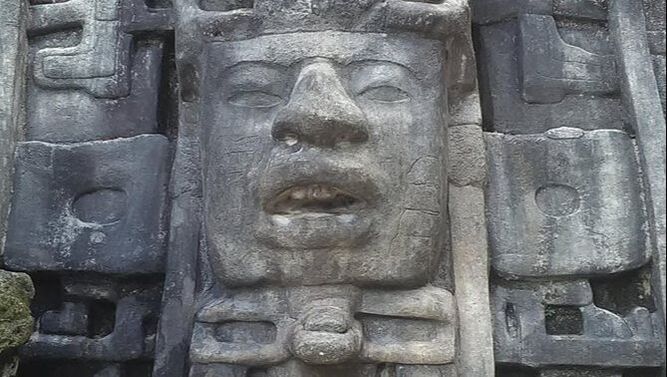 Xunantunich Cave Tubing and Zip line from from San pedro Ambergris caye
Float among the Mayan ruins on a cave tubing adventure combined with a thrilling zipline ride. After convenient hotel pickup, travel to the Temples of Xunantunich and fly over the forest canopy on a zipline. Enjoy a guided stroll through the forest, admire stalagmites and stalactites in two dry caves, and get carried lazily downstream in a tube on this memorable day trip. 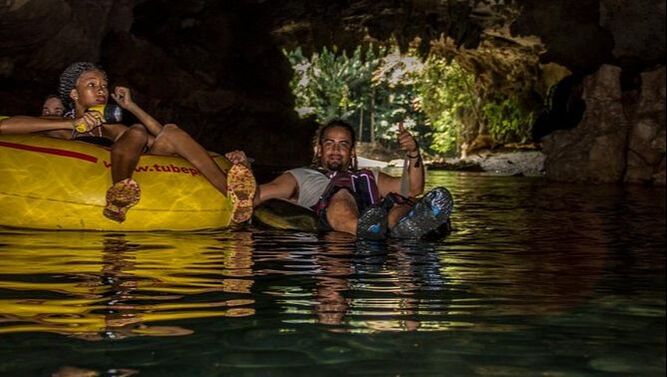 Located in Playa del Carmen, The Reef Playacar Resort & Spa-Optional All Inclusive provides accommodation with a restaurant, free private parking, free bikes and an outdoor swimming pool. The accommodation offers water sports facilities, as well as a bar and a garden. The property features a fitness centre, evening entertainment and a 24-hour front desk.

At the resort, each room has air conditioning and a private bathroom. ​Spectacular, private, and located on a breathtaking Caribbean island, the award winning Victoria House Resort and Spa offers a variety of world-class accommodations. Spend the day catching some rays at the beach, relaxing by one of Victoria House Resort & Spa's 2 outdoor swimming pools, or pampering yourself at the full-service spa. All 42 rooms offer free WiFi, minibars, and room service. Guests will also find premium bedding, in-room massages, and ceiling fans. As a boutique resort, Victoria House Resort and Spa is unsurpassed in the art of pampering its guests with an abundance of services and conveniences.

Perched at the edge of one of the most stunning natural wonders of the world, the Belize Barrier Reef, the resort offers a variety of exhilarating adventures, from exploring Mayan ruins to diving the world renowned Great Blue Hole. Description:
Playa del Carmen has one of the prettiest beaches on the coast and, despite its growing popularity, it has a small-town, laid-back feel to it which is part of the appeal. The offshore reef offers some spectacular diving, and less than an hour away by boat is the island of Cozumel, with some of the best diving in Mexico. There are numerous dive centres offering reef and cave diving in the limestone caverns along the coast. The small commercial town centre is packed with souvenir shops, trendy bars and cafes, restaurants, designer clothes shops and hotels, and has a vibrant nightlife that caters for the smaller beach settlements nearby so holidaymakers can enjoy the best of both worlds. It can get very overcrowded with day-trippers from Cancun, as well as cruise ship passengers. South of town, the expanding Playacar development caters mainly for package tourists, its beach packed with sunbathers and deckchairs, and lined with hotel complexes. There is also an 18-hole golf course.

Description:
The Riviera Maya, which is also sometimes referred to as the Mayan Riviera, stretches over nearly 100 miles of coastline with beautiful white-sand beaches and brilliant turquoise colored water just south of Cancun. This world-renowned paradise is home to mangroves and lagoons, ancient Mayan cities, ecological reserves and adventure parks, and the world's second largest coral reef.

​The Riviera Maya runs along the Caribbean coastline of the state of Quintana Roo. It begins 20 miles south of Cancun in the town of Puerto Morelos and extends down to Punta Allen, a fishing village within the Sian Ka'an Biosphere Reserve. South of the Riviera Maya, you'll find the Costa Maya, an even more secluded and pristine area. Don't confuse the Mayan Riviera with the Mexican Riviera, which is the name given to Mexico's Pacific coastline. 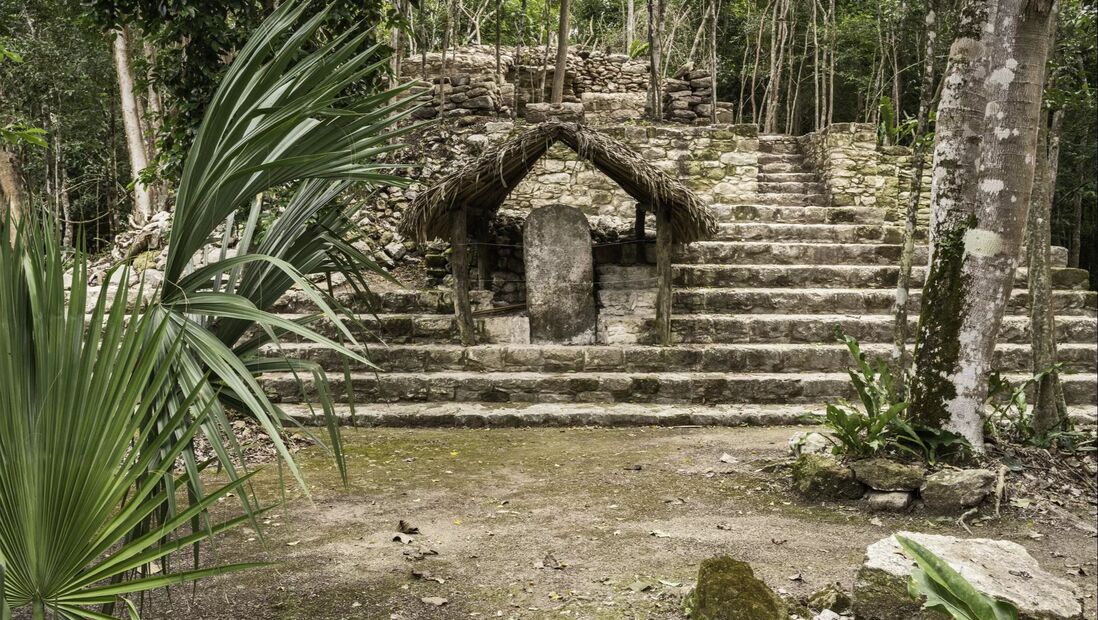 In the beginning of the study of trees in Maya art, anyone might think that the conception of the Maya about the ceiba tree as the axis of the world, was based on a real tree, since the ceibe tree is the tallest of the tropical forest. But as we are about to study, this tree was an ideological figure, rather than a real tree, based on every structure (brances, flowers, trunk and roots) as we can appreciate in some crock and murals.​ 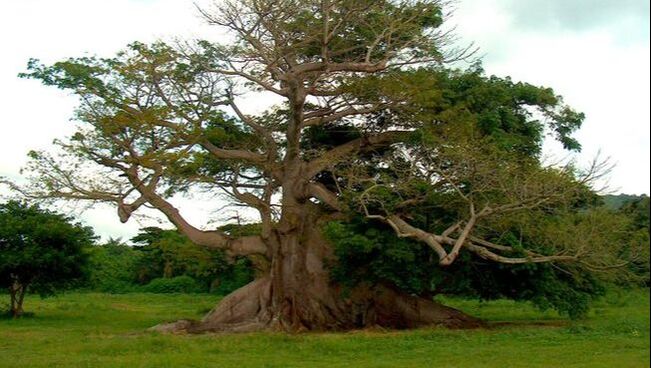 The Yucatán, which sits at the end of Mexico's curling peninsula, is often described as Mayan, and it was a vital cog in the old empire. The state is home to a proudly defiant people, who, despite the devastation of disease, resisted the Spanish long after other Mesoamerican cultures collapsed. Many people in the countryside continue to live off the land, cooking pibil in earthen pits.