In Paris, spend an afternoon shopping on the Champs-Élysées or lose yourself in Bastille's vibrant street market.

Highlights and Inclusions
January 9 - Arrive in Paris
Arrive in Paris and collect your bags. Upon exiting customs, you'll be met by your private transfer representative who will escort you to your hotel. Settle in and explore the neighborhood you'll be sleeping in for the next week. 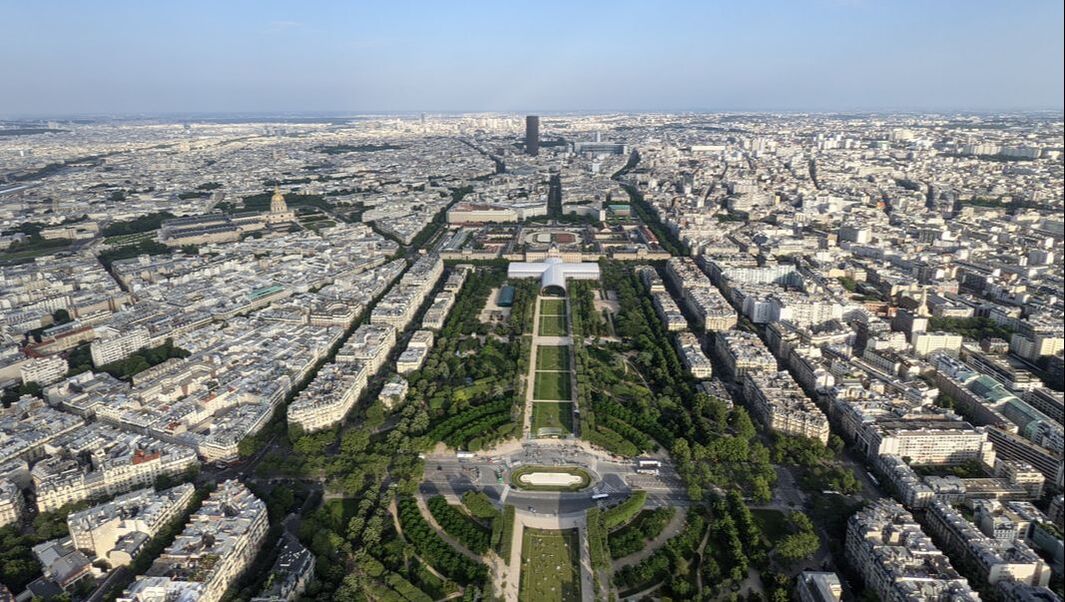 January 10 - Seine River Cruise
The day is yours to explore as you wish, but don't forget to show up in time (and dressed appropriately!) for your Seine River cruise with dinner.
​
SEINE RIVER CRUISE WITH DINNER SERVICE PREMIER
Discover what makes the City of Light so spectacular once the sun sets. Enjoy a delicious meal prepared onboard as you glide past Paris's gleaming landmarks and listen to live music. If the spirit moves you, hop on up to the dance floor! Dinner will combine tradition and innovation and will include your choice of starter, main dish, a fine cheese selection, dessert, and Champagne.

Reims Tour and Champagne Tasting
Discover France’s exquisite Champagne country on this full-day history and tasting tour from Paris. In a small group, wind through verdant hillsides en route to wine estates, a distinguished Champagne house and the charming city of Reims for a tour of the famous Gothic cathedral. Your tasting adventure includes guided tours of vineyards and champagne cellars, complimentary samples of sparkling wines and a traditional French lunch.
Loire Valley Castle Tour and Wine Tasting
Marvel at the Loire Valley's opulent châteaux and taste its famous locally-made wine during this full-day tour from Paris. First head to Chateau de Chambord—the inspiration for Disney's 'Beauty and the Beast'—for a guided tour. The next stop is the town of Blois, home of the Château de Blois, one of most prestigious Renaissance monuments in France. where you’ll have just under two hours to enjoy some free time. Then, visit the elegant Château de Chenonceau and embark on a tour through its intricately carved stone walls, rich hanging tapestries, and intimate chapel.
North Burgundy and Chablis Wine Tasting Tour
The Burgundy wine region is renowned for producing some of France’s finest wines and this full-day tasting tour from Paris is the ideal introduction. Explore the vineyards and wineries of Chablis and North Burgundy; sample red, white, and rosé wines during expert-led wine tastings; and tuck into a delicious wine-tasting lunch at a family-run winery. 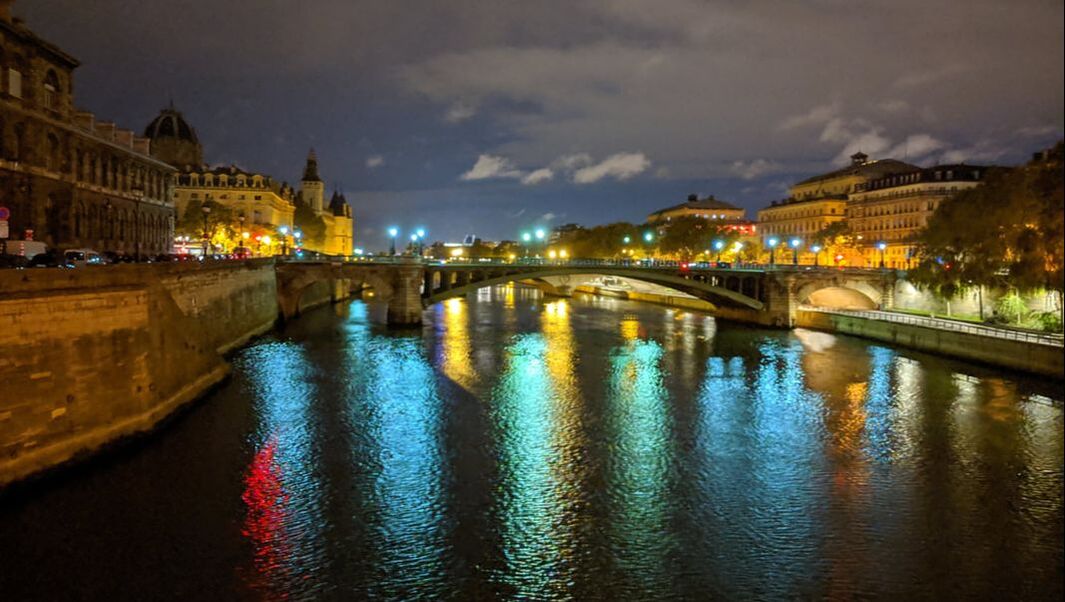 January 12 -
Sleep in as late as you want today, then head to the Big Bus Ticket Shop to pick up your 2-day Paris Pass. You'll also join a small group to visit the Eiffel Tower with skip the line passes

​2-DAY PARIS PASS
The Paris Pass allows you free or fast-track entry to over 60 museums, art galleries, monuments, and other attractions around the city. It is only valid for use on consecutive days.

Bypass the long lines at the Eiffel Tower with this tour that includes summit access. After fast track, skip-the-line access, proceed to the second level to survey the city from the viewing platforms while listening to commentary about Paris culture, traditions, and history. Then, proceed to the summit to see Gustave Eiffel's private apartments and sip Champagne from the onsite bar (own expense).
January 13 -
Free day to explore on your own

January 14 -
The day is at leisure to relax, shop and enjoy the city.

January 15 - Return home
Today you will be met and transferred from your hotel to the airport. The landscape may disappear as you take off, but your experiences will always loom large within you. 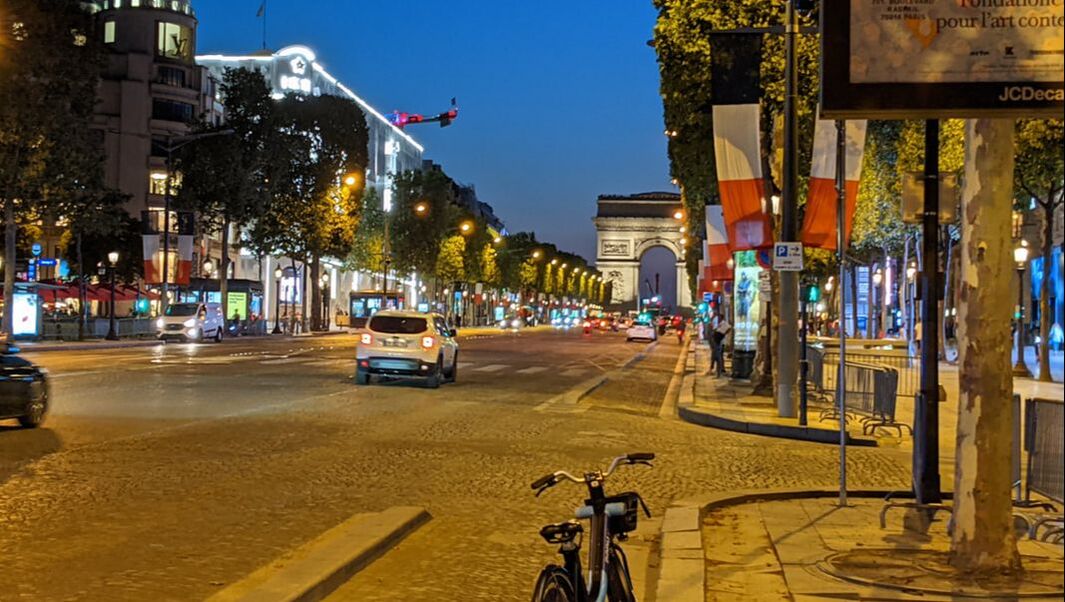 France, officially the French Republic (French: République Française), is a country with which almost every traveller has a relationship. Many dream of its joie de vivre shown by the countless restaurants, picturesque villages and world-famous gastronomy. Some come to follow the trail of France's great philosophers, writers and artists, or to immerse in the beautiful language it gave the world. And others still are drawn to the country's geographical diversity with its long coastlines, massive mountain ranges and breathtaking farmland vistas.
​
France in many ways is not just a country but a way of life. It has given the world its culture, its cuisine, its fashions and so much more.  It has produced many influential artists, thinkers and scientists, and remains a prominent global centre of all things cultural. It possesses world-class art galleries and outstanding museums; it offers everything architecturally from ancient Roman sites to Renaissance Chateaux; its cuisine is legendary as is its wines and liqueurs. The sights, sounds and ambience are all there to devour on a France vacation.
​Overview of Paris

Paris, the cosmopolitan capital of France, is one of Europe's largest cities, with 2.2 million people living in the dense, central city and almost 12 million people living in the whole metropolitan area. Located in the north of France on the river Seine, Paris has the well deserved reputation of being the most beautiful and romantic of all cities, brimming with historic associations and remaining vastly influential in the realms of culture, art, fashion, food and design. Dubbed the City of Light (la Ville Lumière) and Capital of Fashion, it is home to the world's finest and most luxurious fashion designers and cosmetics, such as Louis Vuitton, Chanel, Dior, Yves Saint-Laurent, Guerlain, Lancôme, L'Oréal, Clarins, etc. A large part of the city, including the River Seine, is a UNESCO World Heritage Site. The city has the second highest number of Michelin restaurants in the world (after Tokyo) and contains numerous iconic landmarks, such as the world's most visited tourist site the Eiffel Tower, the Arc de Triomphe, the Notre-Dame Cathedral, the Louvre Museum, Moulin Rouge, and Lido, making it the most popular tourist destination in the world with 45 million tourists annually.

Paris is known as the “City of Light”. The origin of this name comes from the Middle Ages which was the period of enlightenment. It is also known as the Capital of Fashion, which is no surprise when one thinks of all those famous French designers. This beautiful and romantic city, in many respects, resembles an outdoor museum with its attractive and elegant architecture and wide boulevards. Paris is made up of 20 districts called Arrondissements, each one giving a different perspective to the city. The meandering River Seine dissects the city and adds enormously to the character and beauty of travel to Paris.

Paris’s principal boulevard is the elegant Champs-Élyées which cuts through the centre of the city with the iconic Arc de Triomphe located at one end and the Place de La Concorde at the other. Paris boasts several beautiful parks such as the Bois de Boulogne and the Bois de Vincennes, the two most extensive ones. In the centre of the city are three smaller but charming parks, the Tuileries which border onto the Louvre, the Jardin du Luxembourg on the left bank and the delightful if small Place des Vosges surrounded by lovely houses and cafes, all to be enjoyed on Paris tours.

Click here for more information about Paris
Must Eats

Croissant - A croissant is a buttery, flaky, viennoiserie pastry of Austrian origin, but mostly associated with France. Croissants are named for their historical crescent shape and, like other viennoiseries, are made of a layered yeast-leavened dough

Cheese - Stop by a local fromagerie (cheese shop) to taste some cheese and bring back to your hotel with a nice bottle of wine.
​
Food and Shopping
Two excellent reasons to enjoy Paris have nothing to do with its popular tourist attractions. Enjoying a taste of Parisian culinary prowess is a must whether it is just sitting at an outside café watching the world go by with coffee and a croissant, or enjoying a meal at one of the vast number of quality restaurants that abound here. Excellent shopping opportunities can also be found not only in big Paris department stores such as the Galerie Lafayette, but in the many boutique shops that can be found everywhere on Paris tours.

Other popular dishes include:

Crepes - A crêpe or crepe is a type of very thin pancake. Crêpes are usually of two types: sweet crêpes and savoury galettes. Crêpes are served with a variety of fillings, from the simplest with only sugar to flambéed crêpes Suzette or elaborate savoury galettes

Bouillabaisse - Bouillabaisse is a traditional Provençal fish stew originating in the port city of Marseille. The French and English form bouillabaisse comes from the Provençal Occitan word bolhabaissa, a compound that consists of the two verbs bolhir and abaissar.

Souffle -  A soufflé is a baked egg-based dish originating in France in the early eighteenth century. Combined with various other ingredients it can be served as a savory main dish or sweetened as a dessert

Drink
The bar scene in Paris really does have something for everyone, from bars which serve drinks in baby bottles to ultra luxe clubs that require some name dropping or card (black Amex) showing, and clubs where you can dance like no one's watching (although they will be). To start your night out right, grab a drink or two in an ubiquitous dive bar before burning up the dance floor and spreading some cash at one of the trendy clubs.
​
Of course there are lots of interesting places which are sort of off on their own outside of these clusters, including a few like the Hemingway Bar at the Ritz which are not to be missed in a serious roundup of Parisian drinking, so check out the listings even in those arrondissements we haven't mentioned above.