Auckland, a city where one out of every six residents owns a boat, is nicknamed the City of Sails. Sprawling across two large harbours, it is the largest city in New Zealand. As the main gateway to New Zealand, Auckland has a multi cultural population of more than a million people and is surrounded by  expansive parklands and water. Cultured and cosmopolitan, progressive and historic, Polynesian and European, accessible to beaches and forests,  adventure sports and leisure activities, Auckland offers something for everyone.
Christchurch to Queenstown Road Trip
Total Distance: 604.5 km (7 hours 28 minutes)

Christchurch to Lake Tekapo
Distance: 225.8 km
Drive Duration: 2 hours 47 minutes
​
Lake Tekapo is the second-largest of three roughly parallel lakes running north–south along the northern edge of the Mackenzie Basin in the South Island of New Zealand. It covers an area of 83 square kilometres (32 sq mi), and is at an altitude of 710 metres (2,330 ft) above sea level. The average water temperature of the surface of the lake varies between a low of between 5.8 and 5.9 degrees Celsius in September and a high of 17 degrees Celsius in January. The lake is a popular tourist destination, and several resort hotels are located at the township of Lake Tekapo at the lake's southern end. The Lake Tekapo Regional Park, administered by Environment Canterbury, is located on the southern shore of the lake. State Highway 8 runs past Lake Tekapo at its southern end. On a clear day, the taller snow-capped peaks of Mount Cook National Park are visible from Lake Tekapo. 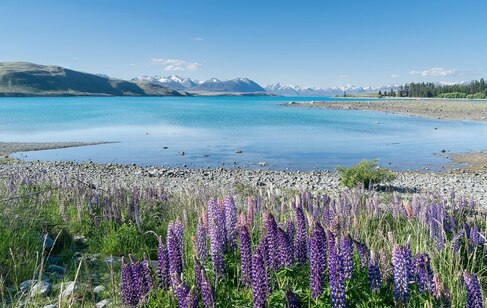 Mount Cook Village is located within New Zealand's Aoraki / Mount Cook National Park at the end of State Highway 80, only 15 kilometres (9.3 mi) south of the summit of the country's highest mountain, also called Aoraki / Mount Cook, in the Southern Alps. Being situated inside a National Park, it is not possible to own property in Mount Cook Village; however, because of the year-round operation of the hotel and motels, the village has a small permanent population of around 250. All buildings and facilities operate on concessions and leases from the government. The village has no grocery stores apart from a small in-hotel convenience store. The nearest supermarket is 65 kilometres (40 mi) away in Twizel, the closest town. There is a self-service petrol pump behind the hotel complex; however, the fuel price reflects the remote location. Mount Cook Village operates a small school with a roll as low as a dozen children, the only school in New Zealand inside a national park. 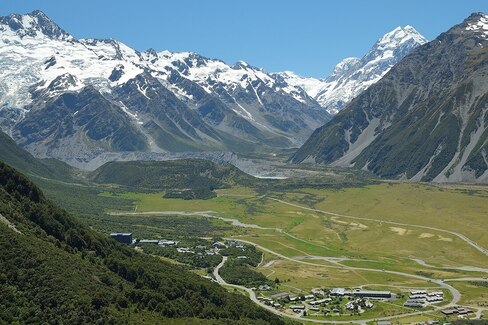 Wanaka is a popular ski and summer resort town in the Otago region of the South Island of New Zealand. At the southern end of Lake Wānaka, it is at the start of the Clutha River/Mata-Au and is the gateway to Mount Aspiring National Park. Wānaka is primarily a resort town with both summer and winter seasons. Its economy is based on the many outdoor opportunities this offers. Historically, Māori visited the Wānaka area to hunt and fish in summer, or on their way to seek pounamu (greenstone) on the West Coast. Ngāi Tahu abandoned their seasonal camps after a raid by a North Island war party in 1836. The current town was founded as Pembroke during the gold rush of the 19th century, and renamed to Wanaka in 1940. Along with the rest of the Queenstown-Lakes District, Wānaka is growing rapidly, with the population increasing by 50% between 2005 and 2015. 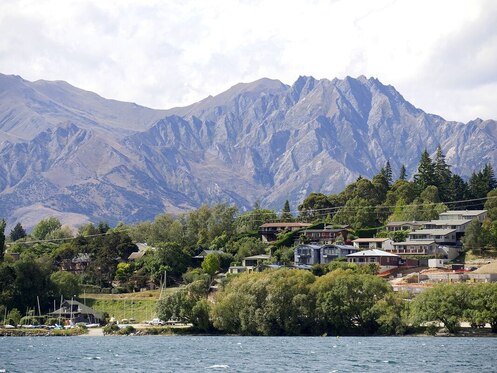 Queenstown, New Zealand, is the Southern Hemisphere's premier four season lake and alpine resort. Surrounded by majestic mountains and nestled on the shores of crystal clear Lake Wakatipu. Queenstown's stunning scenery is inspiring and revitalizing. With such a huge range of activities in Queenstown, no two days will ever be the same.​ 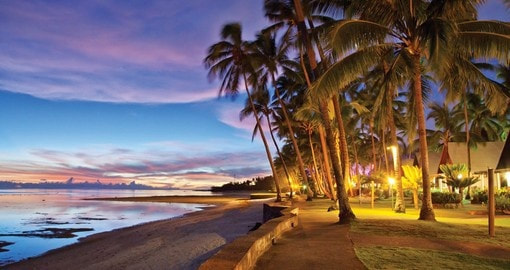 Christchurch to Queenstown (with stops)