<
>
Germany
Western European country with a landscape of forests, rivers, mountain ranges and North Sea beaches. It has over 2 millennia of history. Berlin, its capital, is home to art and nightlife scenes, the Brandenburg Gate and many sites relating to WWII. Munich is known for its Oktoberfest and beer halls, including the 16th-century Hofbräuhaus. Frankfurt, with its skyscrapers, houses the European Central Bank.
​​
Berlin - Arrival
June 18 - June 21, 2022

Day 2 (Sunday): HOP-ON-HOP-OFF
​Discover all the major classic sights of Berlin with City Sightseeing Traditional Tour in our double-decker buses. Brandenburg Gate, KaDeWe, Checkpoint Charlie and TV Tower are absolute must-sees for anyone visiting Berlin! You also have the opportunity to explore the heart of the city at your own pace by hopping on and off at your own leisure. Just hop off, explore, and wait for the next red bus to come in a few minutes to keep on!
​
SIGHTS ON THE TOUR:
​
REICHSTAG
The Reichstag is a historical edifice in Berlin, Germany, constructed to house the Imperial Diet (German: Reichstag) of the German Empire. It was opened in 1894 and housed the Diet until 1933 when it was severely damaged after being set on fire. After World War II, the building fell into disuse; the parliament of the German Democratic Republic (the Volkskammer) met in the Palast der Republik in East Berlin, while the parliament of the Federal Republic of Germany (the Bundestag) met in the Bundeshaus in Bonn. ​ 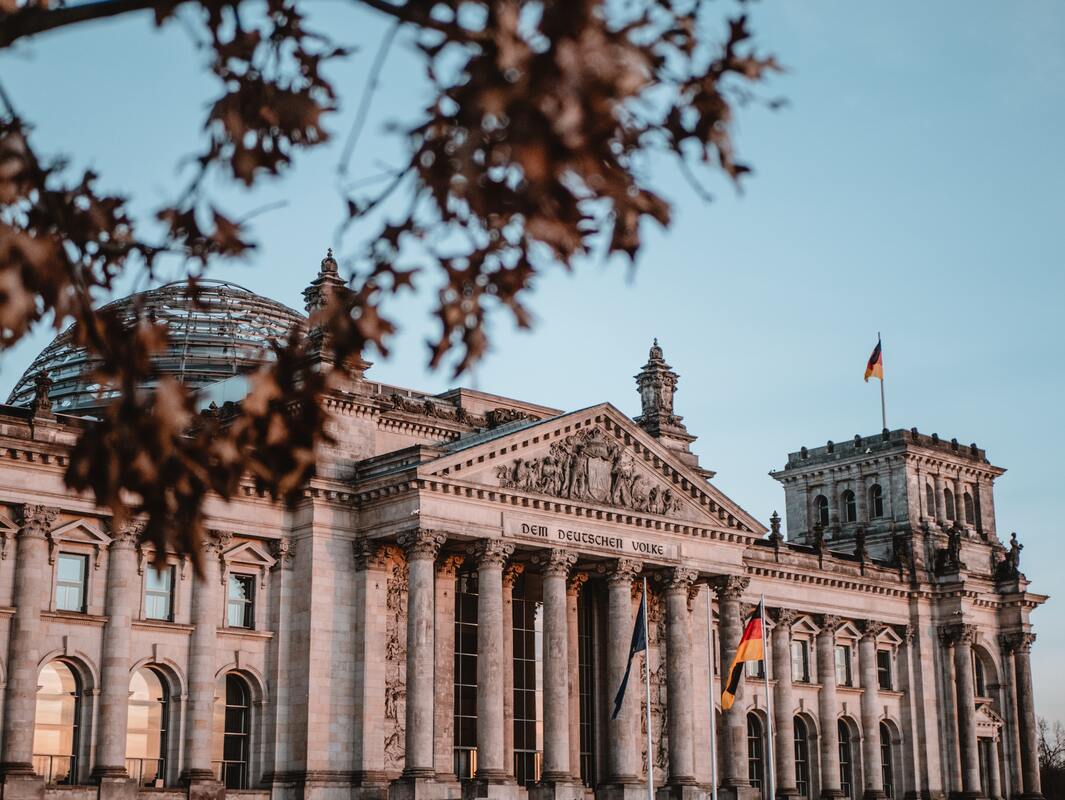 GENDARMENMARKT
The Gendarmenmarkt is a square in Berlin and the site of an architectural ensemble including the Konzerthaus (concert hall) and the French and German Churches.
FERNSEHTURM
​368m-tall tower, opened in 1969, with a viewing gallery at 203m and revolving restaurant at 207m.

BRANDENBURG GATE
The Brandenburg Gate is an 18th-century neoclassical monument in Berlin, and one of the best-known landmarks of Germany.

MUSEUM ISLAND
Museum Island (German: Museumsinsel) is the name of the northern half of an island in the Spree river in the central Mitte district of Berlin, Germany, the site of the old city of Cölln.

THE BERLIN WALL
The Berlin Wall was a barrier that divided Berlin from 1961 to 1989.

CHECKPOINT CHARLIE
Checkpoint Charlie was the name given by the Western Allies to the best-known Berlin Wall crossing point between East Berlin and West Berlin during the Cold War (1947–1991). ​

Day 4 (Tuesday): Free day to explore on your own. Consider the following sites.

Charlottenburg Palace or Sanssouci Palace
Hitlers bunker
Holocaust memorial
Forbidden city (Soviet base)
Boat tour
Castle tour
Poland
Located on the Baltic Sea, this eastern European country is the perfect mix of big, lively cities and rural, remote nature. Warsaw, the capital is a bustling modern city where you can find the Palac Kultury I Nauki (Palace of Culture and Science), the Warsaw Uprising Museum, and the Monument of the Warsaw Mermaid.

Day 6 (Thursday): HOP-ON-HOP-OFF
Krakow is one of the most visited cities in Poland and Europe. Today the citys architectural monuments house countless museums, collections of priceless art and artifacts and in contrast, Krakow is home to some of the best bars and clubs in the world. Are you ready for the ultimate city adventure? Let City Sightseeing take you to 10 of the best attractions in Krakow. Just hop on and off at your own leisure!
​
SIGHTS ON THE TOUR:

SCHINDLER'S FACTORY
The history of the factory, its owner Oskar Schindler and the life stories of Jewish prisoners of the Plaszow concentration camp he managed to save are known mainly due to Steven Spielberg’s film Schindler’s List. ​
​​
MAIN MARKET SQUARE AND MUSEUM
The main square of the Old Town of Kraków, Lesser Poland, is the principal urban space located at the center of the city. Largest medieval town square in Europe.

WAWEL HILL
​Wawel Hill in Krakow, the mecca of every Pole and a must for foreign tourists, is a microcosm of Polish history and culture

NATIONAL MUSEUM
​The National Museum in Kraków, popularly abbreviated as MNK, established in 1879, is the biggest museum in Poland and is the main branch of Poland's National Museum, which has several independent branches with permanent collections around the country.

​WIELICZKA SALT MINE
The Wieliczka Salt Mine, located in the town of Wieliczka in southern Poland, lies within the Kraków metropolitan area. Opened in the 13th century, the mine produced table salt continuously until 2007, as one of the world's oldest salt mines in operation. ​​